Even if you’re someone who doesn’t follow the stock market, the name GameStop will ring a bell given the storm it caused in the stock market and on social media in January 2021.

The credit goes to r/wallstreetbets (“WallStreetBets” on Reddit), a group of traders who caused the stock to skyrocket by over 1,700%. The traders on the Reddit forum aimed to cause a short-squeeze on heavily shorted stocks, one of which was GameStop. 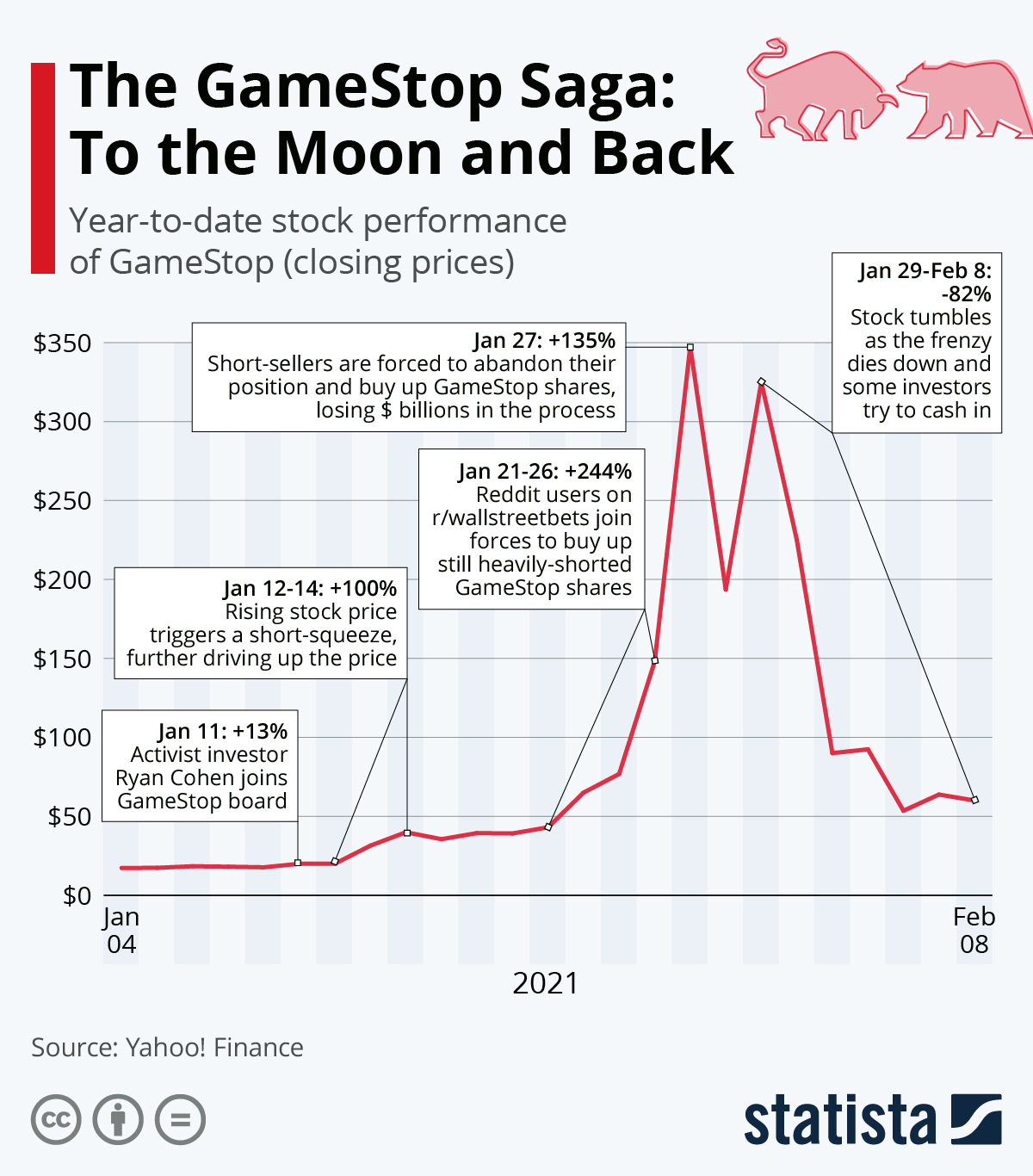 In mid-2019, a Reddit user (Roaring Kitty) posted a picture that showed a $53,000 investment in GameStop. Although the post didn’t get attention back then, the user continued to post frequently about the investment and the retail store. It wasn’t until recently that the post caught the fancy of the young traders, who then caused the company’s stock prices to blow up.

Retail investors started doing this to earn a profit, but it turned into an intense populist movement in which Reddit traders were pitted against short-bias hedge funds.

The move by the Reddit trader group led to Melvin Capital losing 30% of the $12.5 billion it invested in managing shorted stocks. After hedge funds reported heavy losses, Wall Street demanded that short selling be declared illegal even though it’s a common practice. To avoid a stock crash, trading apps like Robinhood restricted purchasing GameStop shares on their platform. The surge in GameStop’s stock price caused a frenzy on social media platforms.